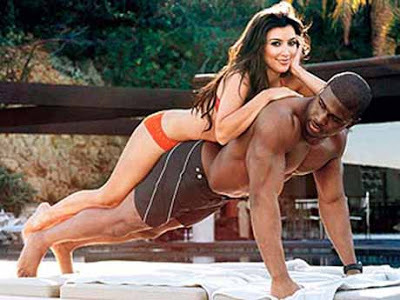 Black men more so than any other group of men holds an ‘aw’ for women outside their ethnic group. Now some would state I am making a bold statement and that I am generalizing all black men. But I would like to pose crucial points to prove my case and to also acknowledge that not all black men fetishize for different ethnic women(I include myself in this acknowledgement).

Let’s examine the media, one needs only to watch the typical hip-hop video and would be hard pressed to find a black woman who possesses dark skin, typical African feature, as well as natural hair. The male protagonist in these video’s(the rappers) are for the most part  black men themselves but yet they surround themselves with fairer skin women. Hip hop acts as a form of fantasy, typically men brag, about their access to wealth, power, and women. In the fantasy that hip hop portrays women who are light skin, possess straighter to curly, and have racially ambiguous features are seen in high esteem.

My case in point is that as black men we need to stop putting these white, Asian, and Hispanic women on these pedestals. The reason I believe we pedestal these women is because the black community still holds a lot of self-hatred which is has passed on to us through hundreds of years of slavery. That ‘s the only reason why as collective so many black men find typical eurocentric feature so attractive i.e light skin, straighter hair, etc.

In conclusion, I have nothing against being attracted to women of other races, I myself see the beauty in all races of women. My only objection is the pedestalling of other women while black men undermine our women. We as a people are still in a sense an “oppressed class”, particularly in the state of our mental affairs, and should do our best get out of it, first starting with some self-love as people.